Sometimes, a rich guy would play this game when he wants to get laid fast.  Honestly, many rich men don’t really have good dating skills, so they have to play some games with hot women.  The ‘play to lay’ game is where the rich dude pretends to care about the hot girl more than he really does at the initial stage so as to get into her pants.  Many women are yearning for emotional connection, so some men simply use this to their advantage in order to create fake connection which gets attractive women into bed.

Some rich men don’t want to have exclusive relationships with hot women, so they simply string elegant ladies along.  They make these attractive girls feel that they are in serious relationships, but actually, these men only want to enjoy good sex and home-cooked meals.  Therefore, they don’t really promise anything. Unfortunately, women want to imagine having a future with successful men, so they choose to stay in such relationships.  That’s why rich men always win this game.

These men call their sexy girls at 10:30pm and claim that they are just spontaneous, but in fact, that’s just a booty call.  Sadly, a large number of hot girls fall into this trap because they want to hook up with rich guys and hope they can keep rich boyfriends by giving them good sex.  To be honest, if a rich guy doesn’t even plan anything beforehand, responding well to his booty call will only make him disrespect this hot woman because that’s rewarding his bad behaviour.

When an attractive girl is tired of booty calls at 10:30pm, she might ask this question: “What are we?”  Then the rich guy may be confused and pause for a while. Then he says, “I think we are good enough for now.  I’m very happy with things right now.” Now the beautiful lady becomes furious, “If you don’t begin a serious relationship with me now, I will leave you tomorrow.”  Unfortunately, gorgeous women never win this game because men don’t respond well to ultimatums.  Men only want to begin serious relationships when they think it’s their own idea to do it.  Men don’t like being told what to do!

When you have done something that upsets your hot girlfriend, she may begin to be quiet suddenly, bang things around and slam doors.  She doesn’t tell you what’s wrong. That is called a “passive aggressive” game.  Sadly, women rarely win this game because it’s really difficult for men to figure out why.  Smart women wouldn’t play this game because they know how to communicate effectively and win their men’s respect. 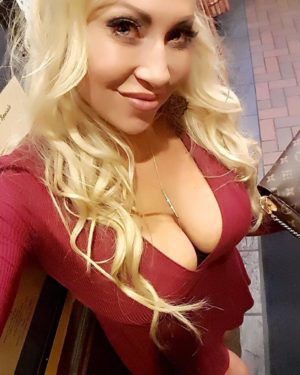 Some hot girls don’t give signals, so you never know whether they are interested in you or not.  But we can’t really blame women because the mainstream culture has taught women not to show sexual interest in men (the toxic slut-shaming culture).  Many attractive women think they don’t need to show interest because men should always make the first move since they are so hot already.  This actually gives men a lot of pressure, and unfortunately, many men don’t really have the courage to make the first move due to fear of rejection and lack of experience.  Therefore, playing this “I’m not interested” game doesn’t help hot women at all.

Michael B. Wilson May 28, 2018 8
Luxy is the world's most stylish millionaire dating app which has attracted a large number of successful men and…
Hookup