Dating hot women certainly gives men validation.  In order to date attractive women, men have worked very hard in every way that we can think of.  But some efforts are counterproductive, so now we are going to look at the top 3 mistakes made by men who date sexy women.

Mistake 1: Make a hot woman feel unsafe in terms of her sexuality.

Not understanding female psychology when it comes to sexuality is very dangerous because this will probably ruin your relationship with an attractive lady.  I had a female client (a true 10) who felt turned on by a plumber that fixed her sink, and she shared this with her boyfriend, “When I was 18 years old, a plumber came to my house to fix the sink.  I was turned on by him so much because that feeling was kind of arousing when only he and I were in the bathroom.” Sadly, her boyfriend didn’t know how to deal with that, so each time when their conversation includes the word “plumber” in it, he would laugh at her.  For instance, when they were watching a TV show called Desperate Housewives and saw Mike, the hot plumber on the show, her boyfriend would say something in a weird way, “Do you feel turned on by that now?”  My client stopped sharing her sexual fantasies with her boyfriend because she doesn’t feel safe with him – he would literally laugh at her. 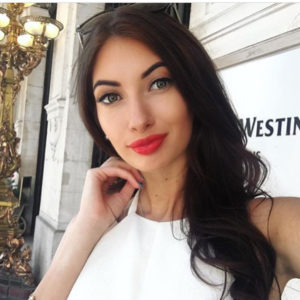 The lesson: If you would like to date attractive girls, you need to understand female psychology: women also have sexual fantasies and a woman would only confide in you if she doesn’t get a negative reaction from you after sharing her secret thoughts.  Another way to understand this: When you were a teenager, you told your mum that you kissed a girl, so your mum showed disapproval because the mainstream society expects her to discourage you from doing that.  Therefore, from that moment on, you never share anything in this regard with your mum. Worse still, you begin to feel ashamed of your sexuality because your mum told you off at that time. So now you should know that when your hot girlfriend shares her sexual fantasies with you, you must listen to her and pay attention – that’s an easy way to understand how you can make her happy in bed – it’s like she is giving you the ultimate cheat sheet!

Men are more rational and analytical, but when a guy is with an extremely hot woman, his rational brain can be switched off and he is controlled by the balls between his legs.  That’s the power of female beauty (e.g. Helen of Troy who literally caused a war). As a result, in theory, you know you should reward good behaviour and punish bad behaviour, but in reality, you may actually reward her bad behaviour without knowing it.  For example, when another guy is flirting with your sexy girlfriend because she is too attractive, you notice that and become jealous.  You think because you are angry, you are punishing her bad behaviour.  But realistically, what you are doing is giving her more attention, so what she has learned from this experience is if she wants to get more of your attention, she should flirt with another guy.  Consequently, what you should do in this situation is to be unreactive and calmly tell her off (you can say, “What you’ve done is really unattractive. What a turn-off!” All women want to turn their men on, so that’s the perfect line to use in this case), and then stop giving her attention as a punishment, thereby giving her a few days to process what you’ve told her. 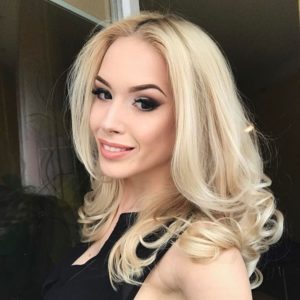 Mistake 3: Pay her too many compliments about her looks.

This is a classic mistake made by men who date hot girls.  When you meet a sexy girl, you automatically want to build a rapport with her and gain her approval; therefore, you pay her extravagant compliments about her attractiveness. Unfortunately, this only leads to two results:

1) it shows this attractive girl that you are fazed by her beauty, which indicates that you haven’t dated many attractive women previously, so your value is lower;

2) you still end up dating her, but the relationship is hard to manage because she feels that she is the high-value person in the relationship and your value is lower.  So a wise guy wouldn’t pay too many compliments; instead, he would show the attractive lady that he is unfazed by her looks, although he acknowledges how attractive she is.