Snapchat is a world-famous social app for sending short videos and fun pictures to one’s circle of friends. Is it really as modern and entertaining as the advertisement say, or are there certain flaws?

Our experts made their own investigation based on real users’ responses, and came to the conclusion expressed below. Many nuances are listed so one can form his own opinion.

Snapchat is great for overcoming the distance when you’re away from home, from your close people, finally, when you’re just bored and want to hang out with folks. Let’s see what it brings further.

The app works on Apple and Android, the latest versions are preferable. It is installed over 1 billion times. Teenagers 12+ are allowed to use it. It is available worldwide in 35+ languages.

The author and owner is Snap Inc. The app has been launched in 2011 and kept developing since. The high quality of the platform comes from the authors’ fine education gotten at Stanford University.

There’s no less than 230 mln. active users daily. Reportedly, 20+ billion video views take place daily. The first name of the app was Picaboo, then Banquo. It is the 5th most downloaded app of the decade.

The most interesting side of Snapchat that attracts the users, is the ability to put various filters, lenses, and effects on the photos. No wonder the youngsters and students are especially taken by it.

The same filters and lenses can be applied to the videochats, group stories, live streams and so on. It creates the best conditions for socializing with friends, as well as commercial workshops.

The stickers, Geofilters, Geostickers, Bitmoji, World lenses, Live stories, and Discover are typical options of the app that are present for years without many changes or modifications. 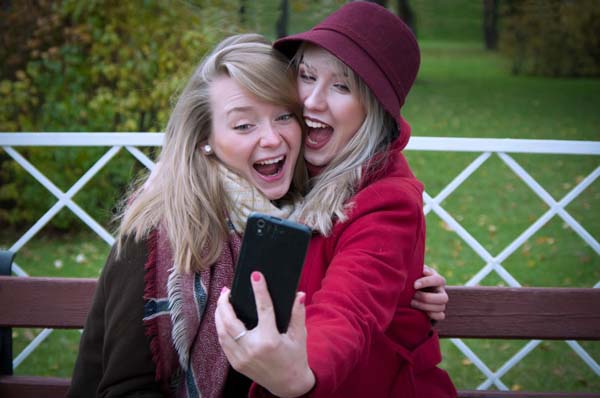 Snapchat offers unique and very convenient features for virtual friendships that bring it closer to social networks. However, the range of possibilities is much wider than one has on FB and messengers.

The Snap Map and a Ghost Mode allow to switch between the visible and invisible user state, depending on one’s wish to find friends and lovers locally or chat only with the closest people.

Being in a Ghost Mode, one avoids blocking the users who cross the line and get to know his geolocation or become too persistent. It allows to hide from everyone except for the chosen ones.

With such a principle of work, instant sending of selfies and camera shoots, the overall safety seems doubtful. However, the Snapchat team warns the users it can screen their snaps and check them.

In case any inappropriate content is detected, the account may be temporarily or permanently blocked and deleted. It disciplines the users and makes them follow the important rules. 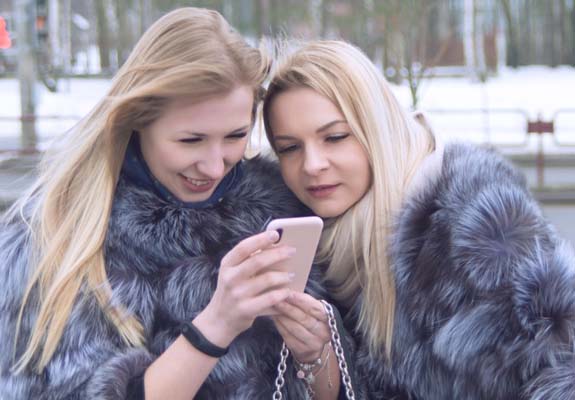 In regard of scam, real users admit Snapchat is rather safe. Only rarely, some fraudulent personals may ask for money or trick other users, but they’re quickly reported and deactivated.

Since this app is meant for friendship, not always for romantic encounters, it isn’t really the convenient ground for any scam or commercial tricks. People gather to have fun and discuss hobbies.

If someone wants additional guarantees, he may use Snapchat with extra caution and check for a person’s profile before initiating the chat. Meeting strangers online is always risky, so always think twice.

Do not count on the customer support that isn’t very responsive at times, and block a person immediately once she or he shows any kind of disrespect and wrong intentions by the snaps they send.

There is a blog on Snapchat, a kind of forum, and the board of notifications where everyone can discuss things. Feel free to notify other users about the potential dangers and fake accounts you encountered.

Technically, Snapchat is secure enough and offers a strong protection. As to other sides of the security, one can control them by himself and keep his friend circles in order, feeling safe. 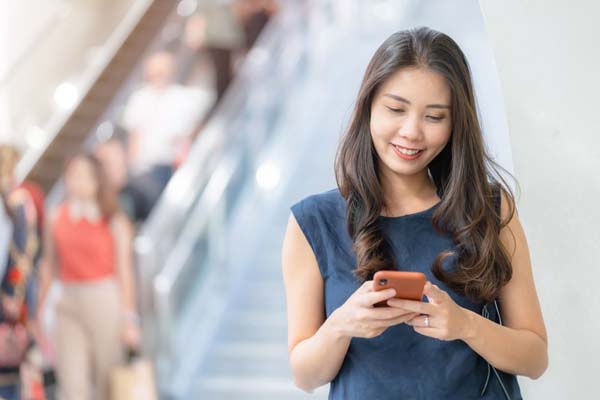 There is a lot of arguing whether Snapchat is really suitable for teens. Officially, the general content of the site is considered non-offensive with only mild mature themes, which is rather safe.

It is suggested that a 12+ teenager who uses Snapchat, will receive a parental permission. We all know it doesn’t always happen though. Not all sent snaps are screened or censored either.

Parents warn, the biggest danger is that teenagers are often contacted by adult strangers who are sexting them and inviting to other social networks or hookup sites. It’s too hard to filter or even notice.

That’s why, the common sense says Snapchat is rather for 18+ users anyway, and the parental control doesn’t really work there. It is suggested that younger teens use the Snapkidz app.

However, the teens and youngsters who are warned about the possible problem, can easily take care of their safety by themselves and instantly block any doubtful personals who contact them.

While talking to each other though, they’d better follow the common sense too, since the platforms like this one are very encouraging and welcoming for the openness and naughty photos exchange.

Once a young person realizes that and pays attention to whom and how they are talking to, Snapchat app gets much safer. So, it’s basically the users’ own responsibility as well. 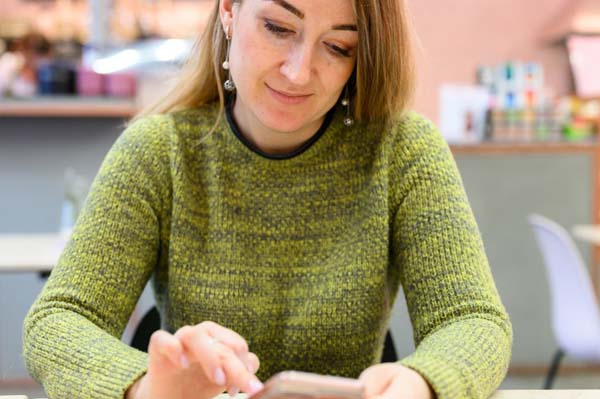 “I love using Snapchat although Instagram grew so much more popular latest years. TikTok also starts raising its positions. However, I still enjoy exchanging posterized snaps with my buddies.

Along with that, I should mention the slow customer support and glitches that happen from time to time. My other friends also notice those flaws. Something has improved lately and something didn’t.

There is one thing that makes me forgive any disadvantages to Snapchat, it’s the possibility to meet beautiful girls there with the same interests, and discuss in the group chats or privately.

The best relationships start from friendship, it’s a proven fact. I already dated twice the girls I met on Snapchat, so I suppose I can find my soul mate there as well. Why not? Thank you Snapchat!”

“Although I always had troubles contacting the Snapchat team, I’m still using it. What can be more convenient for sending cool snaps to one’s friends, colleagues, schoolmates, relatives?

That’s why I prefer it to Insta and other modern tools. By the way, on Snapchat, one can use various stylish fonts, backgrounds, emoji, if to install additional new keyboards app. It’s great!

Since I prefer to date younger girls, I need to communicate with them in a modern manner. Snapchat suits me perfectly, and I meet tons of young ladies to talk to, much more than on other apps.

Moreover, I use it for work, too. There’s no point to be overly serious at work, we prefer exchanging fun videos and pictures of the goods we offer. So, I find Snapchat really useful”.

“I am a dedicated user of Snapchat app, I’m sure many other apps will vanish while this one will remain legendary. It had its own cons and flaws, it’s true, but they were mostly improved back in 2019. 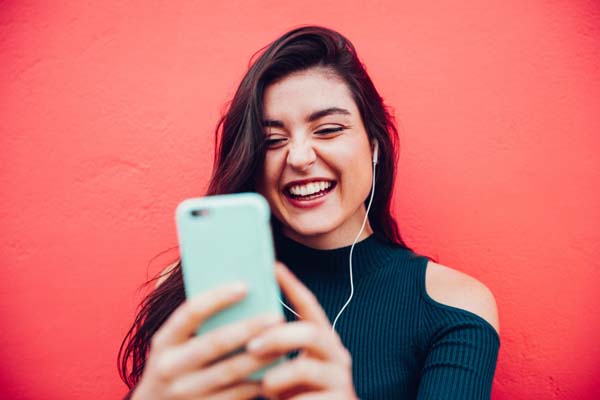 I love the possibility to surprise my folks and barely known people with cool snaps with after-effects, to remain positive and life-loving despite of the age. Snapchat was the first app with such abilities.

As it became a part of my life, it’s no wonder I keep on finding new friends, new clients, and new lovers there. Young people surely prevail, but it’s actually popular for all ages and social groups.

I honestly do not imagine what would replace Snapchat app for me at the moment, although there are many analogues already. For now, I really appreciate it and consider the leader in its niche”.

“Snapchat was my first experience with social & dating networks, where I was able to contact all my old friends plus find new ones. In my real life, I am very busy at work so I had no other chances.

I was mainly using the simplest and the most classical features of Snapchat, but very soon, I started to enjoy all the fanciest ones as well. It’s a very progressive app and I am in my middle age.

Today, I got so addicted to it that I use it literally everywhere and for everything. I found my schoolmates’ profiles on Snapchat, my employees I am giving the tasks to, and much more.

I won’t hide, I have active private life on Snapchat as well. I was contacted by so many singles who were interested to meet, and there was zero inconvenience or discomfort in our discussions.

Its top features for chatting and snapping are just perfect for romantic talks, even for naughty talks. Once you got used to Snapchat, its interface and possibilities, you just flow with your imagination.

This is how I met my current partner Justin. We started from friendly memes exchange and then progressed to something more profound and intimate. I am totally happy and satisfied with Snapchat”. 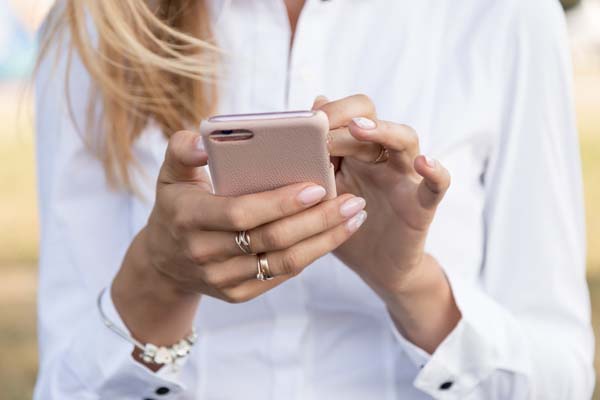 It would be fair to admit Snapchat became one of the main online tools of nowadays. Not only teenagers, but also adults of all ages use it for fun communication and keeping in touch with their circles.

The features presented, are various and unusual but not too unique and almost never updated. For this reason, Snapchat is considered an average application that could be improved greatly.

It is moderately progressive, already old-fashioned a bit, and shows somewhat lazy attitude of the support team. Taking the huge audience they gained, things could be done in a more diligent way.

At the same time, we see people cover these possible flaws with their patience and imagination, and use Snapchat successfully both for romantic purposes and for professional or commercial means.

It makes this app nearly perfect for adults in their daily activities and needs, online love search and business quests. However, things aren’t that smooth for teenagers and the youngest users.

We see clearly that Snapchat is rather risky for this category of members, allowing fraudulent and ill-intentioned adults contacting them and confusing them with inappropriate photos and videos.

It’s a much more serious flaw that should be weeded out. The crime prevention is a task number one for each platform that respects itself, and Snapchat isn’t of any exception or excuse.

The stronger protection and safety are a must and the app admins should work on that seriously. Exactly this disadvantage makes us rate Snapchat only 3.5 stars instead of 4 we’d give otherwise.

Since its competitors are winning the market already, it makes sense to put some efforts in order to become the leader again. The end users, meanwhile, can still enjoy all the well-loved features.

Michael B. Wilson Feb 26, 2021 9
Member statistics Top features to use Registration and first steps Chatting with hot singles Why…
Hookup