Although mainstream culture tells us that men want to play the field, whereas women want to have long-term relationships, that’s not true. As a matter of fact, many men also want to have serious relationships, though many more women are yearning for meaningful relationships in general. I’ve spoken to Dianna E., founder of a serious dating app, and we have decided to share our conversations with you.

Me: How do we know a relationship is official?

Dianna: As the founder of a serious dating app, I can share my opinion with you. No matter how much you love each other, it’s not a real relationship until you both are in agreement.

Me: Why is it so hard for a woman to get a serious relationship these days?

Dianna: The need to be straightforward and direct with each other about what each individual wants from the other is terrifying and has generated a gray area where timid women sit on the bench waiting for their men’s confirmation.

Me: Sadly, the longer a woman sits on the bench waiting for a guy to make a decision, the more likely it is that he has decided already, i.e. she is not his girlfriend – that’s my observation.

Dianna: Indeed, the longer a lady sits on the bench, the more comfortable they get, even if the lady pretends to still be talking to other men. Relearning and retesting a new guy can be hard work, so a lot of women would rather wait for their current men to make it official. Many women on my serious dating app went through that previously.

Dianna: Yes. Most men don’t suffer quietly when they want a lady exclusively because they speak up. As I see it, women should learn that from men! These men might be rejected by women, yet it doesn’t really matter as it’s better to confront this want than to wait on the “what are we” bench hoping the official relationship will rock up.

Me: How should women go about this?

Dianna: Women would be well-advised to create a personal brand which a smart man would have to be blind not to buy into. You need to show him the true power of your character and personality. Usually, after two months of dating, you should find out whether you can have a real relationship or not. That is to say, you need to prove your value to him and this guy also has proved to be somebody you can win with in the future. Then you decide if you want to become official or not. By the way, you won’t know whether he is the right person or not until you see him in action as your real boyfriend.

Me: Your philosophy is so deep. Small wonder you are the founder of a serious dating app.

Dianna: Usually, a powerful woman doesn’t ask insecure questions such as “What are we?” She verbally tells her guy what she wants with confidence. Therefore, the powerful woman may ask her guy, “Do you think we would make a great couple? I mean great, not good. I know how you date me, but I don’t know how you are as a real boyfriend. I expect a guy who takes a relationship seriously.”

Me: I think a woman also needs to find out what is to be expected as his girlfriend. So, talking about what you both see as must-have qualities openly can ensure that there won’t be any character surprises once you start a real relationship.

Dianna: Couldn’t agree more. Relationships are actually about moving in sync with each other; therefore, you learn someone during dating so you know their preferences by the time the relationship becomes official. In my view, women shouldn’t see “girlfriend”, “boyfriend” and “relationship” as scary words that they can’t talk about openly when they are dating. By pointing out the elephant in the room, the commitment conversation looks much easier and fun. I’ve taught many women on my serious dating app this already. 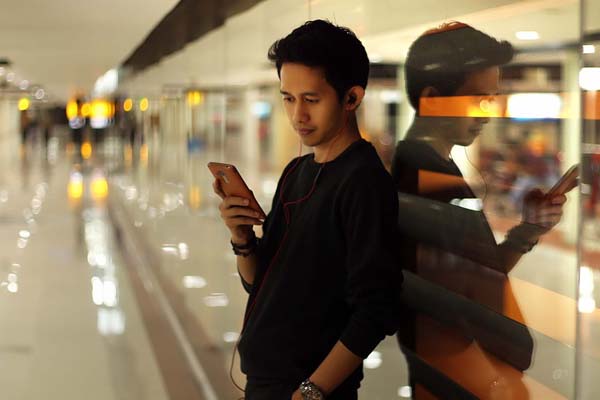 Me: If a woman has already slept with a man, how can she clarify whether this is an official relationship or not?

Dianna: That’s actually easier to do. After sleeping with a guy, she shouldn’t feel awkward. She should own it and admit that she also enjoyed it! The day after sleeping with a guy should be comfortable and pleasant. She can ask this guy, “Are you sad that I test drove you before making you my official boyfriend?” Now this guy will wonder whether she is serious or joking.

Me: Keeping a guy slightly off-balance is so key. Now this guy will wonder whether he is good enough for her or not. That’s so smart!

Dianna: Actually, many women on my serious dating app have asked me how to transition from dating to a serious relationship. If a woman has already slept with someone, she can say this to him, “I am not a woman who sleeps with different people at the same time.” Now the guy will commit to her if he is genuinely attracted to her because he will respect her more.

Me: Yes, a strong woman needs to see whether that level of continued effort and respect after sleeping together or the guy shows himself as non-boyfriend material. If a guy only wants to find a f*ck buddy, he will call her at 10:30pm and ask her to go to his place. But if this guy is boyfriend material, he will set up a real date.

Dianna: Truthfully, women’s intuition is very strong, but most women choose to ignore their intuition. Most relationships never begin at all or begin the wrong way as despite how confused a woman appears to be, she actually knows whether a guy wants her or not. When a guy doesn’t want her, it’s hard for her to admit / accept this fact, although her intuition knew it much earlier. That’s why I ask women on my serious dating app to trust their intuition because a woman’s intuition is a true gift.

Me: Yes, men are not very good at hiding who they really are. Usually, women can see those red flags in the first week, but a lot of women choose to ignore those red flags because they really want to be in relationships. The little tricks guys do to act as if they are falling in love or putting in work are quite transparent – women can see those through easily if women choose to be honest with themselves.

“Serious dating app founder Dianna E. and I had a very interesting discussion about how a woman can find a real, serious, long-term and meaningful relationship.”

Haitian women: How to meet girls from Haiti for serious relationships?

Michael B. Wilson Oct 30, 2019 0
A cougar has asked a question regarding where she can find a younger man who is artistic, handsome and attractive.…
Love