FlirtHookup app vs the site

There are dating platforms with speaking names that show to which niche they belong. FlirtHookup is one of them. It is created for casual, no-strings-attached relationships only.

There are the phone app and the desktop site that have the same names but seems to be from the different owners, Siqin Li and Flaming Head Limited. Methods of work are similar though.

FlirtHookup app vs the site

The main page of the site is surprisingly inexpressive and looks like we still live in the 90s. It flashes the motto: Meet hot girls and video chat right now on FlirtHookup! which isn’t very imaginative.

The app looks much brighter than the desktop version, in pink colour with the kiss symbol. Girls on the main page are very young, smiling, and model-looking, so it requires investigation.

1-month VIP subscription cost 19.99 which is an average price on the dating market. A free trial lasts 7 days but one should be careful not to let his card be charged before that period ends.

The additional coin packages are also offered, from 2.99 USD to 59.99 USD. They are reportedly used for extra features activation and limitless messaging, which isn’t necessary.

The desktop site keeps its Premium membership price visible to the members only. Free members can view the profile gallery and like other users, but messaging is limited. 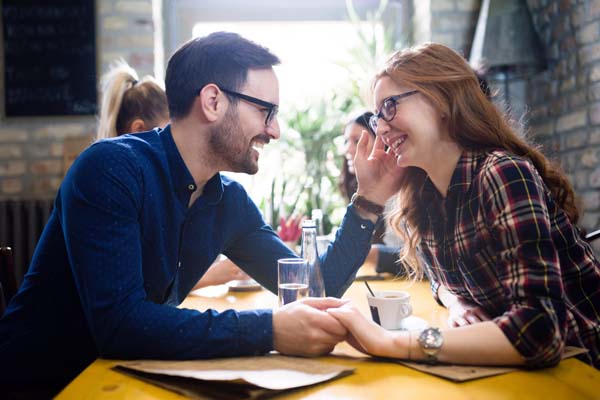 FlirtHookup app suggests to link one’s social page and FH profile, in order to view others’ photos easier and find new friends worldwide. It doesn’t sound much as a potential hookup tool.

While the desktop version doesn’t link one’s profile to any of the social networks, and one’s search of a match isn’t automatized with their help. Users should only search manually.

To understand, whether FlirtHookup is satisfying for users, we should realize what exactly modern singles expect from the hookup platforms. Modern is a key word in contemporary dating.

Hookup apps and sites are expected to be trendier and more innovative than serious dating sites. Why? Because we socialize and have fun while hookuping, it’s that simple and natural.

Everything should be entertaining, from the signing process to the real meeting. Bright design, multiple features for online games and tests are usually aimed to attract young members. 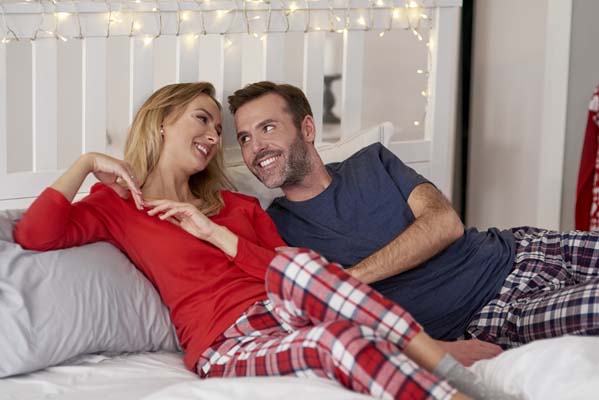 Most of these qualities lack on FlirtHookups. Its design isn’t just simple, no, it’s absent. On the pale-coloured main page, women’s photo gallery is situated in the most chaotic order.

The registration fields also look old-fashioned and not welcoming at all. Of course, there isn’t any linking to FB or other social networks. A new user isn’t asked about his gender or preferences.

What casual daters care a lot about, is anonymity. There’s not such a thing on FlirtHookup though. Users’ profiles are seen to anyone outside the site, faces cannot be blurred on the photos.

Nor the pictures can be hidden in private albums. The messages do not disappear after a while, in other words, there’s no any special tool that would help to remain anonymous. 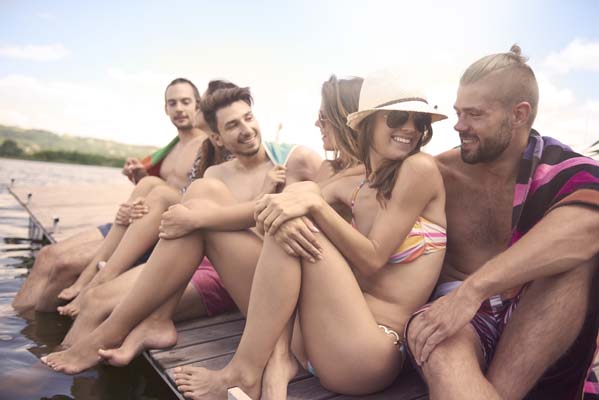 The profile quality is another factor important to the hookupers. Profiles shouldn’t be very detailed comparing to classical dating sites, instead, the focus should be on the pictures.

On most of casual sex apps, girls do not use studio photos. Selfies are just ok for this purpose, but they should be clear, flirtatious, stylish, even sexy, to really catch someone’s attention.

Male users normally do not like when girls’ photos are too vulgar or too revealing. But FlirtHookup does not present even this kind of photos, girls rather look neutral and disinterested.

It creates the feeling that pictures were picked without much thinking or even stolen by catfishers from social networks. Otherwise, why wouldn’t girls express any sexual interest visually?

Their mimics and postures look like those are just occasional photos and women themselves weren’t aware they’ll be chosen as lovers accordingly to the profile photos, which is weird.

Anti-scam protection on the hookup apps and sites can be provided in two ways, by pre-moderation of female members’ profiles and messages, or by keeping only real users in the database.

Meaning, the commercial bots wouldn’t be used. Does FlirtHookup meet any of these expectations? Let’s start from the profile verification, it is never conducted on this platform.

Sadly, it’s possible to see double profiles or celebrities’ portraits in the database, which surely has nothing to do with real and honest intentions. The customer support is absent as well.

While it’s extremely important for the online protection. Basically, people cannot report or send any complaint about the fraudulent accounts or block them in any way, when it’s needed.

As to the bots, they are used by the site team indeed. On the beginning, they had to attract the new users quicker for supporting the new platform database. Later, they had to be removed.

But we see that FlirtHookup still keeps on using them, although the member base is already big enough. Along with a big number of catfishers, it creates the unhealthy atmosphere on the site.

That’s basically why male members do not have much hope for success. And exactly the bots become the reason why the rating of the app and desktop site remains so shamefully low. 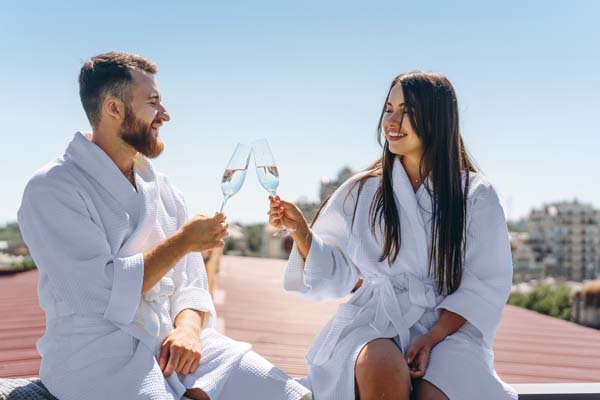 To summarize whether FlirtHookup is efficient and successful, we should take a look at real users’ reviews and their complaints, if any. We see that FH members indeed have complaints.

They mostly concern two disadvantages of the platform, the fake profiles in the member base and automatic charging of the bank card even after cancelling real users’ Premium membership.

Why do these two things take place? Maybe FlirtHookup just doesn’t appreciate its users and works by principle, pay and then leave. We can only judge when the time passes if it changes its strategy.

For now, nor the app neither the desktop site are in the list of recommended platforms, by specialists’ opinion. There are much safer and more efficient alternatives in the casual dating market.

We’d suggest to singles to join at their risk and use as much common sense as possible, and to proceed with caution. Even on average and below average sources, it’s possible to meet a match.

To the FH team, we would suggest to start respecting the users and take a better care of their needs. It’s crucial to add qualitative customer support, pre-moderation, and anonymity tools.

“I had been on FlirtHookup for just a month and I don’t think I benefited from it. My automatic payment was hard to cancel, and it was hard to get through the fake profiles.

It seems I succeeded to find a few girls who were real, but unfortunately, they lived on the opposite side of my country. Not suitable for local hookups at all, and there’s no geolocation tool.

First, make sure the woman is real, video chat with her, call her on a phone, ask for some approval depending on your imagination. If all is well, travel and meet her where she lives.

As a hard worker, I couldn’t do that, I need someone from my region only. So it isn’t the best app for me, I must take a chance on other ones and hopefully get laid more successfully there”.

“FlirtHookup isn’t the first casual sex app for me, I have tried many more. What can I say, it serves well only if one has the cold head on his shoulders and can analyze all conversations.

Otherwise, it is easy to fall a victim of the fraud. Another condition for the good results is that one lives in a big central city with the big population. Otherwise, it’s unlikely he’ll find the match.

The app looks nice, describes itself nicely, but the results are slow and you won’t get any reply from the support if you contact them. I personally contacted twice with no answer.

I cannot say the member base is completely empty with the bots only, I chatted with five or more people who were genuine and committed to meet. But it wasn’t any close to me.

So it’s not a complete garbage, rather the three stars app on my opinion. Actually, it isn’t famous at all and I wouldn’t choose it if not the ads I saw about it. I’d better skip it, I think”.

“My experience with FlirtHookup was rather neutral, I succeeded to get laid twice but the other girls have tried to take advantage of me which is a rip off. So I have mixed feelings.

Of course, as a casual sex seeker I should focus on hookuping and be satisfied with what FlirtHookup gives. Just I would prefer it to be fairer and more transparent, with well-checked members.

Although I wouldn’t recommend it to my friends, I may keep on using it for a while and see what it brings. I especially liked one of the girls I met, a great lover and also very young.

If such women can be met on this app, it isn’t so terrible after all. Just watch out and see whom you speak to, for making sure you’re fine and safe. Thanks anyway FlirtHookup”.

“I like to flirt and hookup, but it also means I know how such niche sites and apps should look like. FlirtHookup offers no trustworthy promo, some photos look suspicious and way too glamorous.

Eventually, I met one girl through this app but it’s nothing in comparison with the big number of chicks I met through other similar applications. Also, she looked a bit different from her  photos.

What I would expect from the owners of FlirtHookup that they will re-consider their strategy and make it work better. No one wants to get disappointed after spending twenty bucks a month.

Additionally, I could never cancel my subscription, it goes on and on. I may ask my bank employees to stop the payment, since FlirtHookup team just doesn’t answer. It’s a big minus too.

I must admit though, the chatting with real personals I enjoyed. There aren’t many of them, however they are mostly young and more or less attractive. It improves my bad impression”.

Michael B. Wilson Jul 9, 2020 21
A popular social networking app, MeetMe has at least 100 million members. I know this is hard to believe, but when…
Travel

InviteTravel dating app review (Is this app different from Miss…

Grindr: The No. 1 gay dating app in the entire world