Couplemaker dating app is the Internet’s No. 1 blind date app.

Features:
• Efficient blind dates at your fingertip.
• Crush factor: circle the user that you like among a list of members’ photos that are introduced to you.
• If you and another member circled each other’s dating profile, that’s a match.
• Once the match is discovered, you can see each other’s names and contact details. That’s how you contact each other.
• Every dating profile is manually checked by Couplemaker dating app’s staff members.
• Only approved users can use this service.

Cons:
• Couplemaker dating app doesn’t have enough English-speaking members if you live in an English-speaking country because the majority of its users are in Korea.
• It is quite expensive, compared to other similar dating apps. You have to pay in order to contact other members. 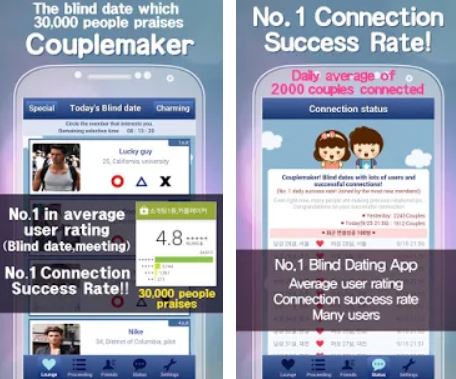 Executive summary:
Couplemaker dating app is an effective app for you to flirt with ladies from Korea. You need to make sure your photo looks great if you’d like to have more matches on this app.

The quality of your photo determines how many matches you’ll get.

Michael B. Wilson Apr 15, 2019 0
buzzArab dating app was created by Arabs/Muslims ad designed for Arabs/Muslims. This is probably the only Muslim…
Articles